We are a global branded food and beverage company that caters to today’s consumer needs for premium quality, healthy products.

The economic impact of Del Monte Philippines, Inc. benefits more than our 3,500 regular employees. In addition, we have engaged service providers in all areas of our operations.

Our pineapple plantation in the Philippines encompasses 10 municipalities in Bukidnon and seven towns in Misamis Oriental, Mindanao. We engage with over 50 supplier partners which provide various goods and services to the Company.

An estimated 15,000 families or approximately 75,000 individuals directly or indirectly depend on the Company in southern Philippines.

Overall, our presence has immensely contributed to the region’s economic growth, creating a multiplier effect on the local economy by fueling local business, supporting the Company’s operations as well as serving day-to-day needs of our employees and their families. 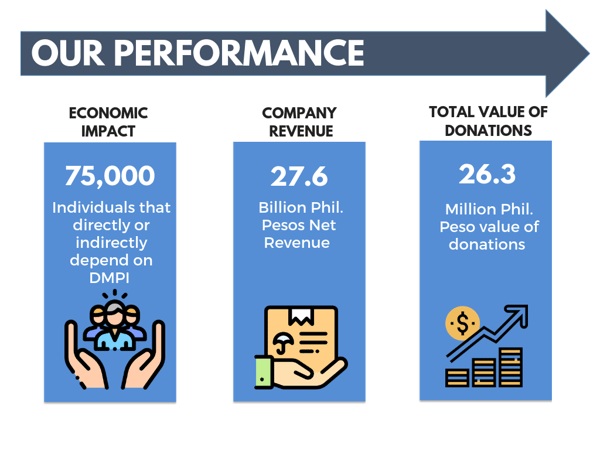 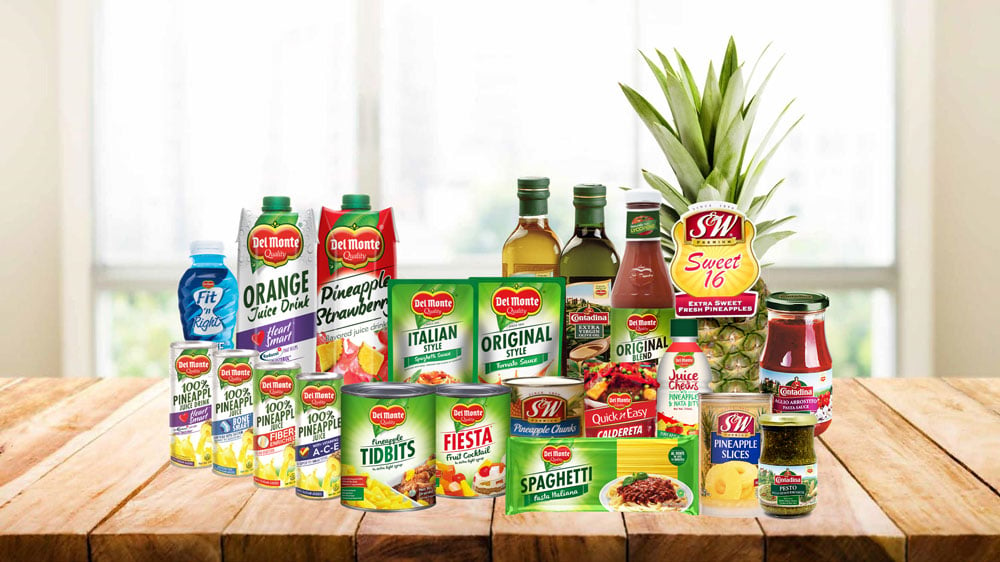 Del Monte, S&W and Contadina products in the Philippines

About two-thirds of DMPI’s sales are in the core Philippine market, and the balance in exports which gives the Company a natural hedge against the US dollar. Sales in the Philippines expanded by 5% to PhP 17.2 billion, offsetting the marginal 2% decline in export sales to PhP 10.6 billion, resulting in a 3% growth in total DMPI sales. DMPI maintained its dominant market position in the Philippines in categories it competes in.

In the past three years since DMPI generated sales of PhP 22 billion in FY2015, sales have grown to PhP 27.6 billion at a compounded annual growth rate of 7.9%, higher than GDP growth. The Company expanded sales in the Philippines across all categories led by culinary, followed by beverages and packaged fruits, as well as channels led by foodservice, followed by modern trade and general trade.

From a net income PhP 1.1 billion in FY2015, its earnings have significantly increased by PhP 1.5 billion to PhP 2.6 billion in the past three years at a compounded annual growth rate of 31%. The Company achieved this through improvement in gross profit from higher sales volume, margin increase from the Philippine market, higher mix of fresh pineapple sales under S&W, aided by the weak peso versus the US dollar, revaluation of biological assets, improving operational efficiency and cost management.

Materials delivered to the JMC pack house in Bukidnon, Philippines

The Company acknowledges the importance of building a strong partnership and healthy relationship with its suppliers. Accordingly, the Company conducts business with all customers on the basis of integrity, mutual interest and fairness. The Company prohibits the practice of forced and child labor.